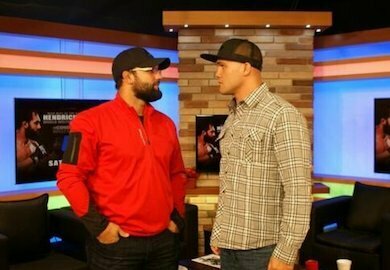 During the first leg of their UFC 171 media tour, Johny Hendricks and Robbie Lawler squared off for the first time in anticipation of their upcoming title clash.

Thanks to GSP’s exodus from MMA, Johny Hendricks and Robbie Lawler will fight for the vacant UFC welterweight title.

‘UFC 171: Hendricks vs. Lawler’ is set to take place from the American Airlines Center in Dallas, Texas, on March 15.