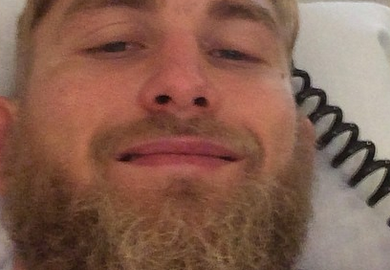 UFC light heavyweight title contender Alexander Gustafsson has successfully undergone knee surgery to repair a partially torn meniscus that forced him out of his UFC 178 bout against Jon Jones.

The Swede took to Instagram to let his fans know he was doing well and it more motivated than ever.

Done, just woke up! Never been more motivated my friends!