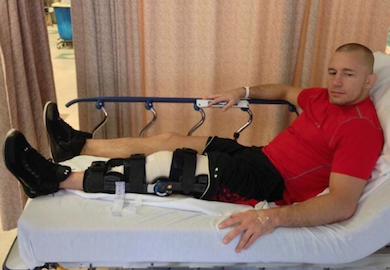 Just got out of the hospital- surgery was a success. Road to Recovery has started again. pic.twitter.com/QTAqF2ityx