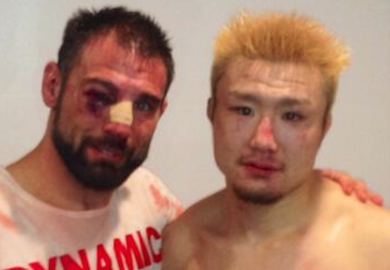 Live on FOX Sports 1, the two lightweights engaged in what would be the ‘Fight of the Night’ earning bout that saw Gomi get his hand raised via unanimous decision.

After the fight, Vallie Flagg sent out the following: