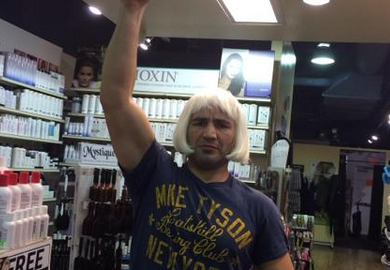 UFC light heavyweight Glover Teixeira is gearing up for his UFC 179 co-main event bout against Phil Davis on October 25th. To get ready for the bout, Glover decided to wield the power of He-man for a Twitter photo.