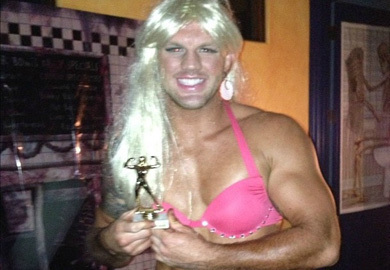 Halloween is a holiday that I personally do not take part in. My last costume was self made, I called myself “underwear man” and I put a pair of whitey tighty’s on my head and went door to door asking for free candy with my friends.

My lack of enthusiasm for dressing up like someone or something else doesn’t mean that for most people Halloween isn’t an awesome festivity.

On page two check out what guys like Rampage Jackson, Rashad Evans, Ryan Bader and more dressed up like this year.