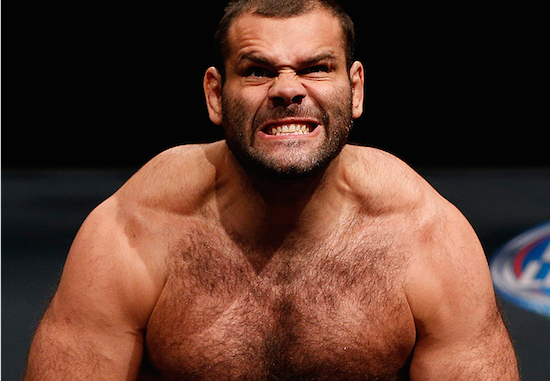 Following his quick KO loss to Matt Mitrione at UFC on FOX 13, Gabriel Gonzaga returned to his locker room, where he found this strange, and harsh text message waiting for him. Based on research from some of Gonzaga’s followers, it appears that the phone number belongs to Daniel Marold, who used to be Gonzaga’s gym manager according to a post on The UnderGround.

Gonzaga posted the screenshot of the message on Instagram.