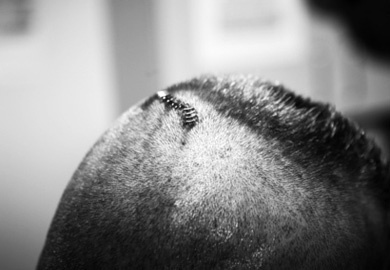 Earlier this week we featured a video of former UFC heavyweight champion, Brock Lesnar, taking on Triple H in the WWE. The back and forth brawl resulted in a gash to the head of Lesnar and today we have a pic of the damage.