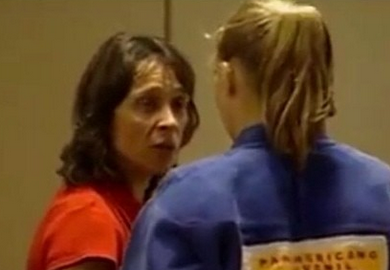 UFC women’s bantamweight champion Ronda Rousey posted the following photo on Instagram of her mother giving her some final words of encouragement prior to the 2004 Olympic trials.

#fbf my mom giving me some final words of encouragement before the 2004 Olympic trials….