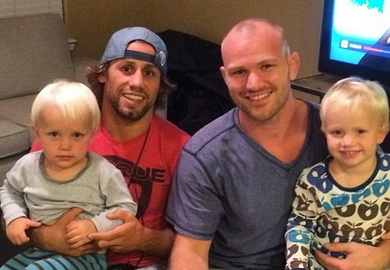 Earlier this year when it was announced that Duane ‘Bang’ Ludwig was leaving Team Alpha Male as the head coach, the team began looking for a replacement. The role was ultimately filled by UFC veteran Martin Kampmann, who is now part of the team full-time according to Faber.