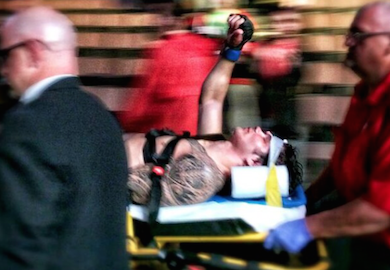 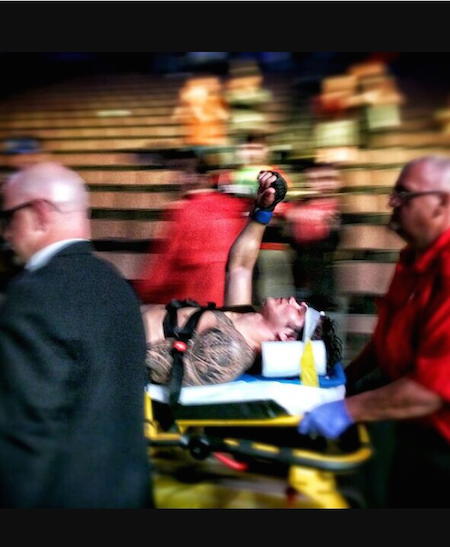 Erick Silva, tried but made it just three short rounds in route to a brutal TKO stoppage defeat.

With Brown the victor, medical teams rushed to aid Silva after a brutal beating and opted to immobilize him in route to the hospital.