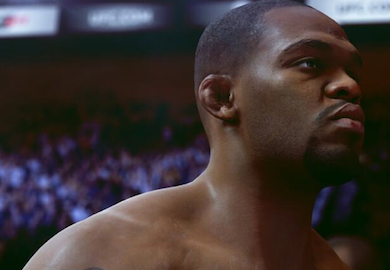 That picture above isn’t real, but it is ‘As Real As It Gets!’

With the release of the new UFC EA Sports video game coming soon the good folks at EA Sports have given us a quick shot of what potential buyers can expect from the highly anticipated release.