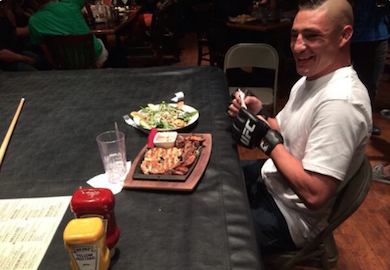 The lightweight duo will square off in Diego’s backyard at the Tingley Colosseum in Albuquerque, New Mexico as part of the main card on June 7.

Ha love it @DiegoSanchezUFC is so focused on June 6 he is eating with his gloves on! pic.twitter.com/eITWviJcTD