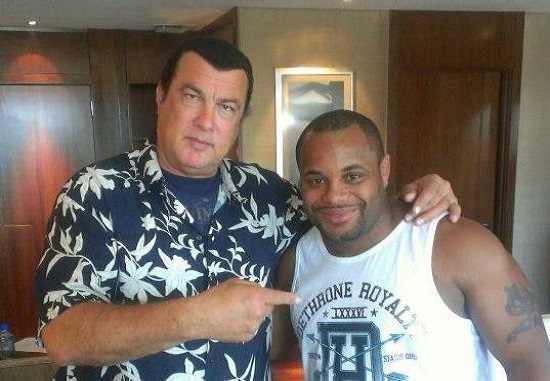 We’ve heard the rumors for years that Steven Seagal was secretly the mastermind behind Anderson Silva’s brutal front kick KO over Vitor Belfort. Many fans, and critics, refuted the belief that Seagal actually taught Anderson the move, and Anderson himself even admitted that Seagal never trained him.

Now a photo has surfaced of Daniel Cormier posing with Seagal, however there is no word as to how old the photo is.