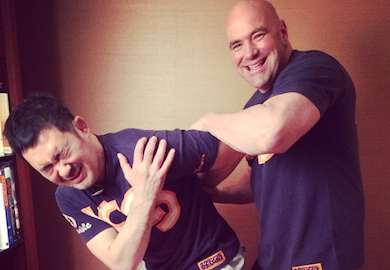 UFC President Dana White, rounded out his trip overseas with a press stop in Japan.

He met with several fighters while there, including MMA Legend Kazushi Sakuraba.

The caption reads, This had been an amazing trip!! Got to sit down and talk to one if my favorite fighters #Sakuraba for over an hour. #ufcjapan #ufc #pride