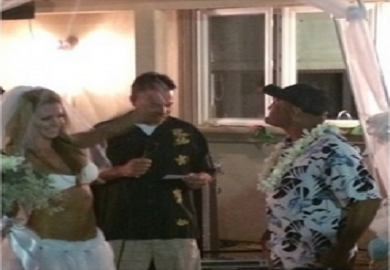 Yesterday we reported that former UFC champion Dan Henderson had over 30 cases of beer delivered to his house for his Labor Day Pig Roast, however when the guests arrived they were surprised to find out that Henderson would also be getting married the same night!

Congratulations to the newly wed Mr. and Mrs. Dan Henderson!