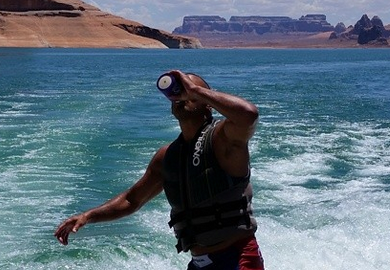 UFC legend Dan Henderson has been enjoying a bit of time off after his loss to Daniel Cormier back in May. Despite the loss, Henderson said he has no plans of retiring. Check out Henderson’s awesome weekend courtesy of the fighter’s official Instagram: