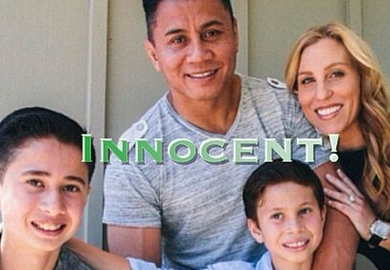 Cung Le continues to maintain his innocence after failing a drug test for HGH, and being suspended for 12 months.

Please repost to spread the knowledge. #Repost from @cyberbodyshop with @repost_freeapp. Cung being accused of doping for having "elevated" HGH on the unapproved HGH test is the equivalent of being diagnosed with Diabetes because you ate a stack of pancakes before your fasted blood glucose test!! When your doctor sends you to the lab for routine blood work they always tell you to fast. One of the reasons they want you fasted is because they want to see how high your blood glucose levels are without having eaten. A high blood glucose level in a fasted state is an indication that you may have diabetes. Now if you ignore doctors orders and go eat a stack of pancakes before your fasted test, your blood glucose reading will be through the roof!! This will lead to a misdiagnosis of diabetes. Well, pretty much the exact same thing happened to Cung. Because there was no governing body in China, the responsibility of drug testing fell in the hands of the UFC. Not having experience with drug testing themselves, the UFC mistakenly sent Cungs blood sample to an non-WADA accredited lab who performed an HGH test. Unfortunately, the HGH test that they ran was not designed for anti-doping purposes. It did not detect synthetic HGH and was designed to measure naturally produced RESTING HGH levels. The sample was not taken resting, it was taken immediately after one of the most grueling fights of Cung's life. Post fight HGH levels are expected to naturally spike up to over 20ng/ml. Cung tested at 18ng/ml, slightly under the expected post fight elevation! But just like in the case of a fasted blood glucose test being taken after eating, he was considered high by resting standards. And just like the misdiagnosis of diabetes, he was mistakenly labeled as "elevated" I am completely confident that Cung will win his appeal, but there will always be those out there who say he won on a "technically" due to the fact that WADA protocol was violated multiple times. I give this diabetes/HGH comparison to illustrate the fact that is no mere "technicality" it was the wrong test, measured at the wrong time, using the wrong reference numbers! Cung Le is INNOCENT!