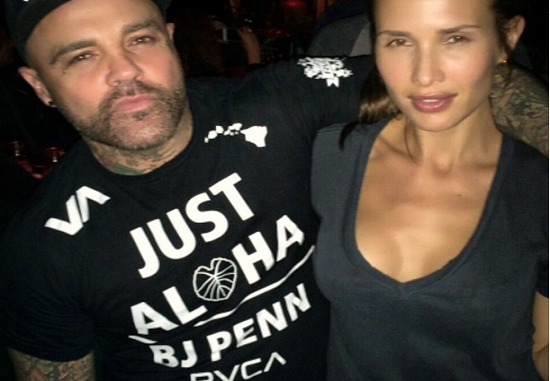 Seth ‘Shifty’ Binzer, frontman for the famous band Crazy Town was recently seen in Hollywood wearing a BJ Penn ‘Just Aloha’ shirt while at the iconic club The Viper Room with his wife.

Crazy Town rose to super-stardom in the early 2000s when they released the single ‘Butterfly’. After a lengthy hiatus, Crazy Town reunited and is getting ready to release a new album, ‘The Brimstone Sluggers’ in the future.

Thanks Shifty for representing!