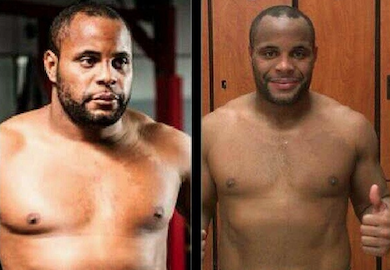 In just a few short weeks, Daniel Cormier makes his way down a division to face off with former UFC light-heavyweight champion, Rashad Evans.

Cormier was practically forced out of the heavyweight division due to his friend and teammate, Cain Velasquez, holding UFC gold. For D.C. it was either be content in the number 2 slot or lose the weight and head down to light-heavyweight.

He obviously chose the latter and he’s looking good.