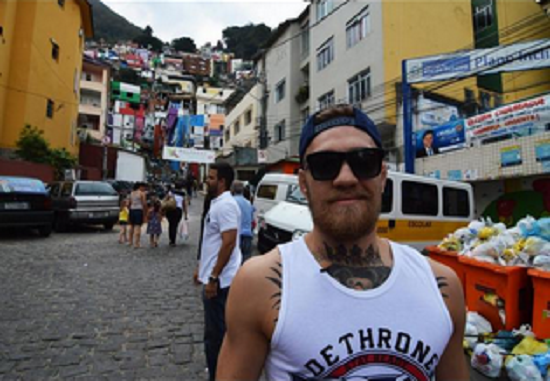 Conor McGregor attended UFC 179 this past weekend to watch Jose Aldo and Chad Mendes fight for the UFC featherweight championship in Brazil.

Today, McGregor visited the Favela’s in Brazil, and captured the moment.