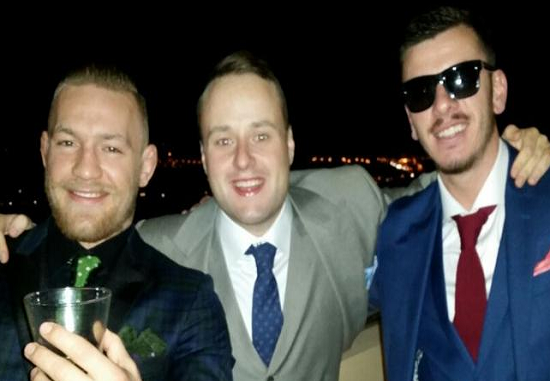 UFC featherweight Conor McGregor posted the following photo on Twitter this past weekend of himself and some friends getting ready to attend the Snoop Dogg concert in style.