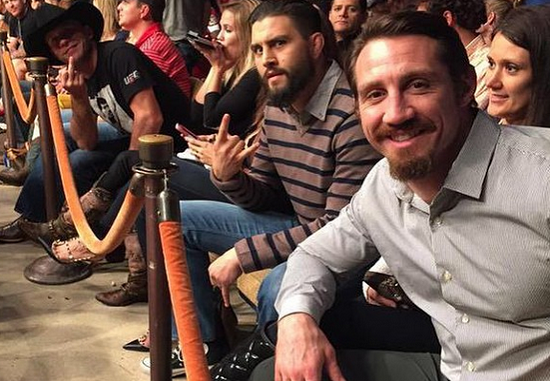 At UFC Fight Night Austin, Team Jackson-Winkeljohn members were in attendance to watch Issac Vallie-Flagg in his bout against Matt Wiman.

In the picture below, we see Donald Cerrone, Carlos Condit, and Tim Kennedy all posing for the camera. However, UFC President Dana White was extremely confused with what was going on in this picture.

WTF is up with this picture?!!? U got @CowboyCerrone flipping off the camera, girl next to him taking a breathalyzer test, @CarlosCondit looks like Marcus Luttrell from Lone Survivor, and @TimKennedyMMA has on some really tight pants #KeepAustinWeird #UFC #FightNightAustin