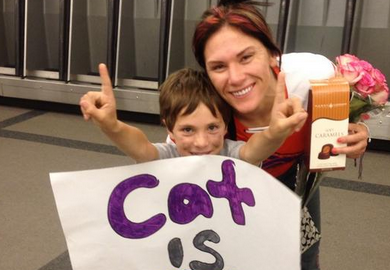 Cat Zingano stated after her UFC 178 win over Amanda Nunes that she couldn’t wait to go home and see her son after the win.

‘Alpha’ got her wish, and was surprised at the airport by her son.

My homecoming surprise at the airport!!! @ufc #UFC178 pic.twitter.com/bLsyhE9WHG