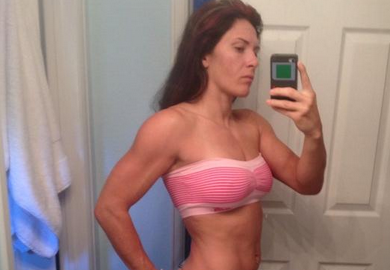 Zingano posted the following photo on Twitter of herself at 145 pounds, meaning she only has 9 pounds left to cut in the next 4-days to make the bantamweight limit of 135-pounds.

Today I weigh 145 lbs waking up, my resting heart rate is 44 beats per minute, right on schedule for #UFC178 ! @ufc pic.twitter.com/AdD2WeclyA