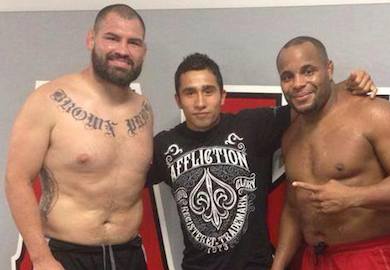 UFC heavyweight champion, Cain Velasquez has peered out of the shadow’s while getting in some rounds at American Kickboxing Academy headquarters in San Jose, California.

The champ has been sidelined since his October win over Junior dos Santos, and isn’t set to return to action until his November title fight against Fabricio Werdum.