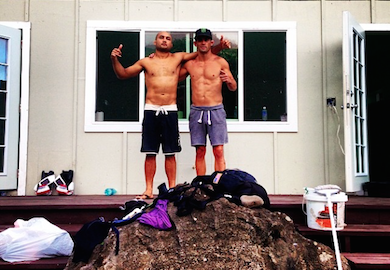 With his return to Mixed Martial Arts action just around the corner, BJ ‘The Prodigy’ Penn has brought in, former UFC bantamweight champion Dominick Cruz, to help him prepare for his July 6 bout against Frankie Edgar.

Why come to Hilo to vacation, when u can fight 4 ur life with Hilos best.Gr8 training wit the prodigy… http://t.co/SY3VQ78ySd