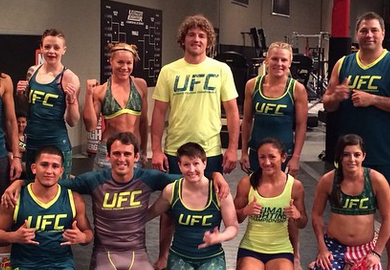 TUF 20 is currently running every Wednesday night on Fox Sports 1. The season will crown the inaugural women’s strawweight champion. Last week the season kicked off with a huge upset when Randa Markos defeated Tecia Torres via decision.