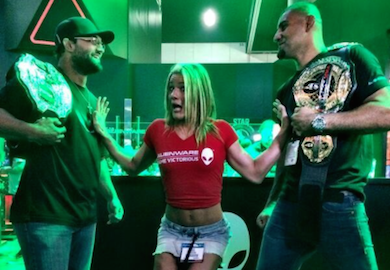 If the promotional boundaries were crossed, who takes this bout?