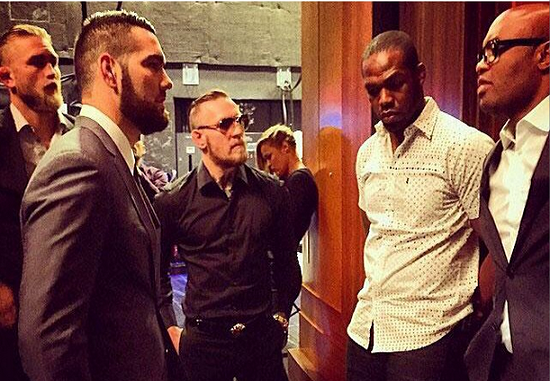 If this isn’t the most awkward picture in UFC history, we’re not sure what is.

We can see former champion Anderson Silva and Chris Weidman, the current champ, staring at one another. Alexander Gustafsson eyeing down Jon Jones, who many believe should have lost to Gustafsson. Jones is staring at the floor while Conor McGregor stares at him, and women’s bantamweight champion Ronda Rousey hangs in the background.

Meeting of the minds. Lots of respect for all here especially my good friend Mr. Silva.