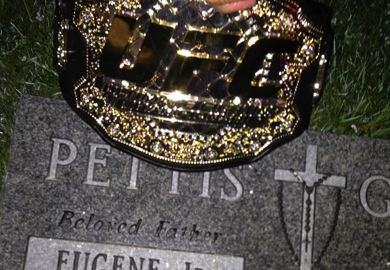 Newly crowned UFC lightweight champion, Anthony Pettis, has not had a charmed life.

After losing his father at an early age, the UFC star found martial arts as a way to turn his life into something positive.

When he submitted Benson Henderson in the first round, the new champ left the arena and headed straight to share the news with his dad.

No matter the circumstances, u can make a positive from any situation!!! Love u pops!
– Anthony Pettis.