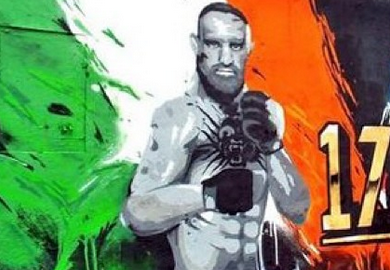 Conor McGregor has quickly become the pride of Ireland when it comes to Mixed Martial Arts. After selling out a show in Dublin earlier this month and defeating Diego Brandao, McGregor signed on to fight Dustin Poirier at UFC 178 in September.

McGregor ran across this unbelievable street art mural of himself and Poirier, and captured the moment on his Instagram.