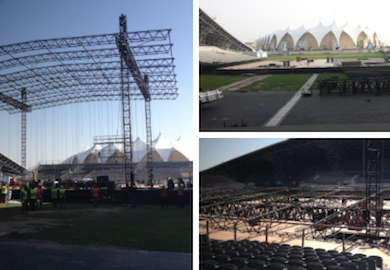 The Arena for Friday’s UFC event is still being put together.

Or at least that’s what it appears like, as earlier today, UFC President Dana White sent out the following:

Building the stadium in Abu Dhabi for Big Nog vs Big Country this FRIDAY on Fight Pass!!! pic.twitter.com/YrC1jGiocr