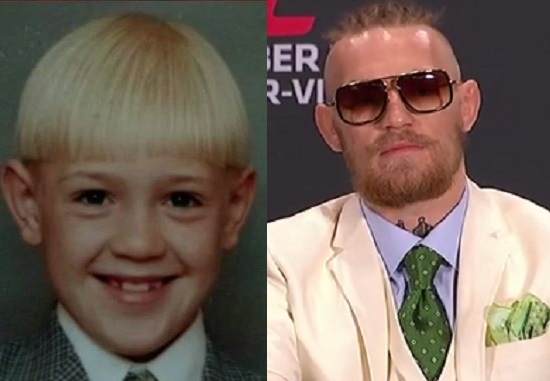 In this picture, we see a young Conor McGregor sporting a suit, much like he does today.

This photo was found by a member of the UnderGround, and has not been confirmed by McGregor as actually being himself, but you can see a resemblance, leading us to believe it is in fact McGregor.