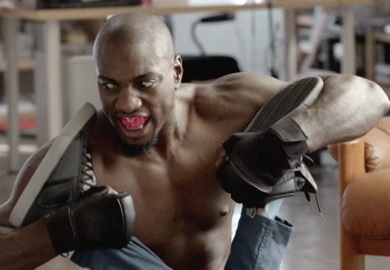 When Chael Sonnen got the call to host “The Ultimate Fighter” season 17 opposite Jon Jones he was forced to bow out of his scheduled UFC 155 bout with former UFC light-heavyweight champion Forrest Griffin.

The UFC has scrambled and now just announced that Phil “Mr. Wonderful” Davis has agreed to step in as his replacement on the UFC 155 main PPV card.

UFC 155 is set to take place on December 29, 2012 at the MGM Grand Garden Arena in Las Vegas, Nevada. In the main event Junior dos Santos will defend his heavyweight title against former champion Cain Velasquez.

Phil Davis last saw action this past Saturday against Wagner Prado. He was able to submit his Brazilian opponent with a choke in the second round.

Griffin last saw the inside of a cage at UFC 148 where he completed a trilogy against Tito Ortiz by beating him via decision for the second straight time.