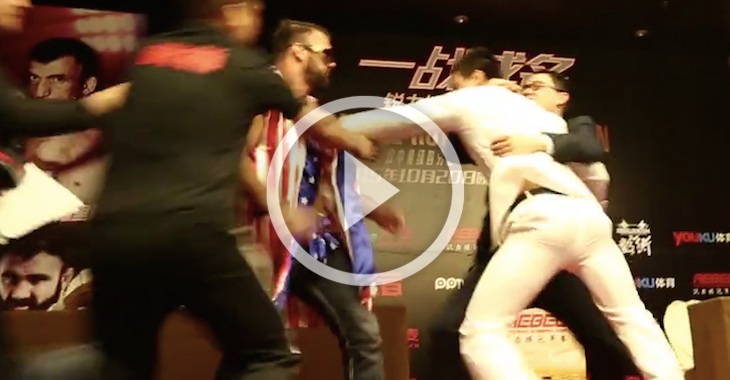 Phil Baroni has never been one to hold back his true feelings about his opponent. Whether he is hyping himself up, or putting his opponent down, Baroni has always had the ability to get under his opponent’s skin.

Things got a bit heated at a press conference for Rebel Fighting Championship’s upcoming “Battle Royale: Ascension” where Phil Baroni and Song Ke Nan will be duking it out. When Baroni and Ke Nan were brought to the center of the stage for their staredown, Baroni shoved his opponent and a brawl nearly broke out! Check out the footage below:

Phil Baroni's antics are not uncommon in combat sports and can be used to unsettle opponents. Is it strategy or annoyance? Or does it depend on who is doing it?