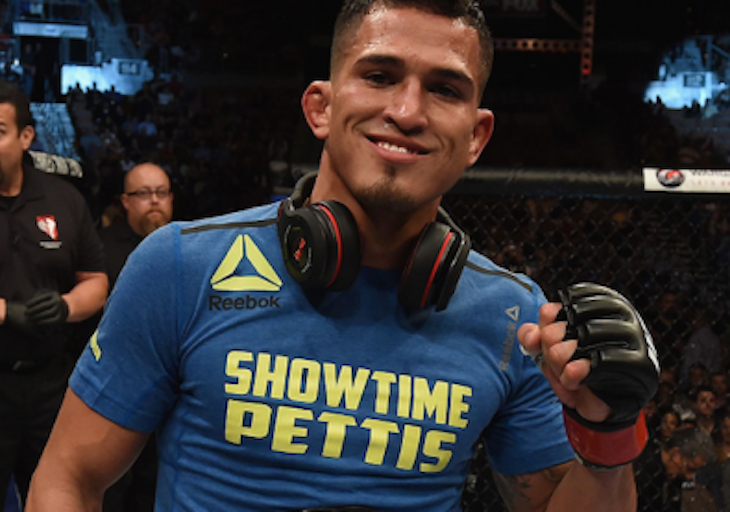 Anthony Pettis is known for finishing his opponents quickly, and plans more of the same when he faces Rafael Dos Anjos at UFC 185 in March.

Pettis quickly dispatched of Gilbert Melendez in December when he scored a 2nd round submission win over the veteran fighter.

He spoke to MMAFighting to discuss his plans to dispatch of Dos Anjos even quicker, and why he can’t be defeated again by someone using Clay Guida’s style of pressuring and pushing the pace.

“That’s what they all say, man. ‘Cowboy’ said the same thing. Henderson said the same thing. So did Melendez. And we all saw how that ended up. So I mean, I respect that he has to talk, he has to convince himself that I have holes in my game, but I don’t know what fights he really watched besides Clay Guida to get a gameplan, and I fixed that a long time ago. Honestly, I think it’s hard to even prepare for me. Benson Henderson is not even close to being on my level in striking, and neither is Rafael dos Anjos… If he thinks he’s going to stand there and bang with me, then I think this fight will definitely end in a knockout, and I don’t see it going out of the first round. I don’t think I need more than five minutes to take this guy out.”