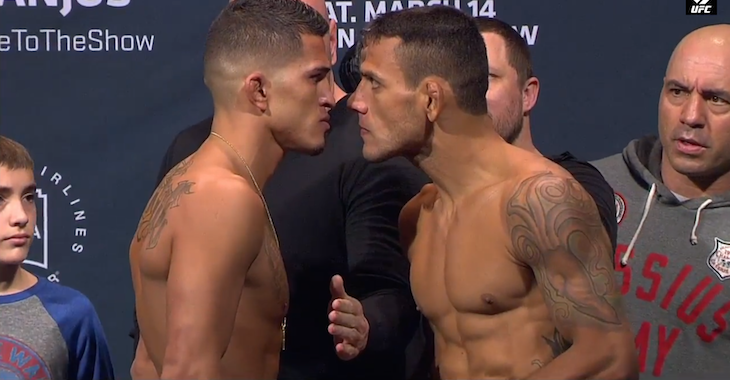 Cerrone, who lost to Pettis in 2013, shared the intriguing story during a recent appearance on Joe Rogan’s podcast:

“Anthony told me, he said ‘Cowboy, if you need me to come down and train for Dos Anjos… I hate that motherf***er!'” Stated Cerrone. “I said ‘Pettis, I might just hit you up on that.'”

Joe Rogan was on board with the idea and shared the following response:

“Wow. That could be a good thing, man,” Rogan responded. “He could give you some insight.”

Pettis of course lost his UFC lightweight strap to ‘RDA’ this past March at UFC 185 in Dallas.

“Showtime” is scheduled to fight former Bellator champion Eddie Alvarez this January, and with a win could get another crack at either Cerrone or dos Anjos.

Do you think “Cowboy” should take Pettis up on his offer? Sound off Penn Nation!