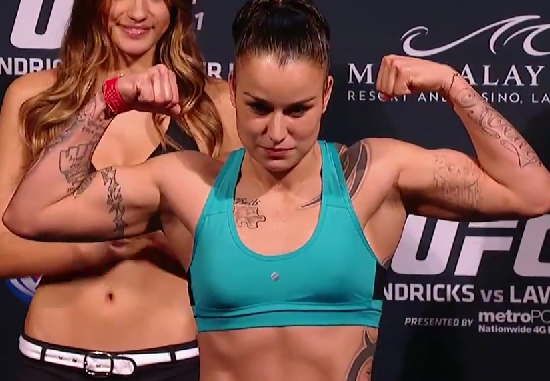 “I told the UFC how we’d probably sell out the building from me being from Colorado and her being from New Mexico. It’s not that far of a drive. That was in the works, but I went into a 45-day suspension. But we’re talking probably a couple months into the New Year, so we’ll see.”

“I do look forward to fighting her; I want to fight her. It was a little bit disappointing when it pushed, but at the end of the day, I ended up getting a fight with a good opponent, and I had fun.”

In a recent interview with MMAJunkie.com, Raquel Pennington expressed her desire to fight Holly Holm in the New Year.

The two were originally scheduled to fight at UFC 181, but an injury forced Holm out of her UFC debut.