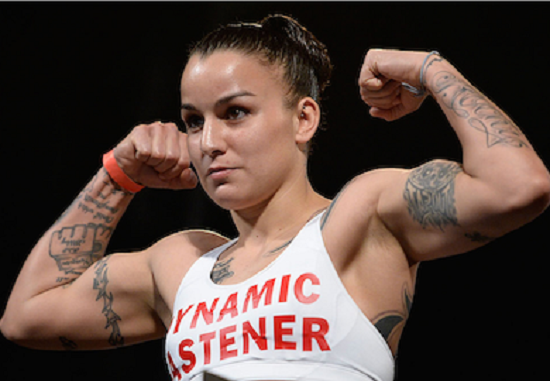 Raquel Pennington had her opponents switched for UFC 181 at the last minute recently when she found herself facing Ashlee Evans-Smith instead of Holly Holm.

In addition, Pennington dropped from the main card on Pay-Per View to the preliminary card on Fox Sports 1.

She spoke to UFC.com to discuss how the late opponent change affected her training, and her mindset ahead of UFC 181.

“There was a little disappointment and it was a little frustrating because I was training for this girl who’s a boxer and a stand-up fighter who has this huge hype train behind her. I felt like a part of me lost focus for a couple days. Me and my coach had a long talk – he said ‘go home, take a couple days, come back refreshed and we’re going to continue to fight and train for this.’ A fight’s a fight and I want to fight everybody. Every girl brings a new challenge to the table and I don’t want to take away from anybody, especially with what we do, but it was a bit frustrating to go from the main card to a prelim fight, and everything changed because of the two different opponents. But hey, I’m still fighting on the big show and I still get to put all my hard work to use and show it off that night.”

How do you see Pennington matching up against Evans-Smith this Saturday night?