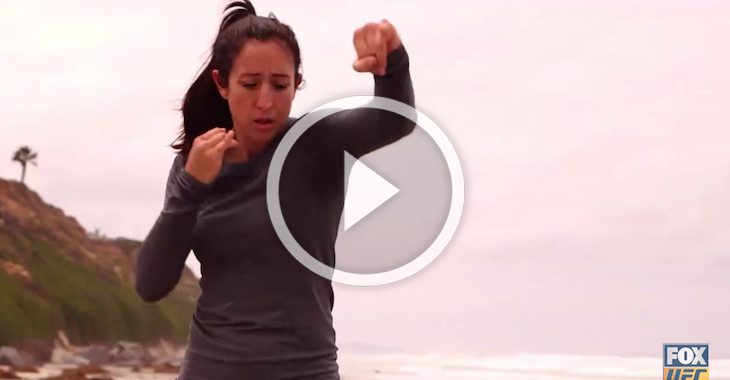 Jessica Penne on if her title fight against Joanna Jedrzejczyk is a striker vs. grappler fight: “I think it is, but I’m also one of the most well rounded fighters in the division. I have a lot more tools than she does. She’s a good striker. She’s a tough opponent, but so am I.”

Penne on Carla Esparza losing the title to Jedrzejczyk: “I feel like Carla was defeated before she got in the cage. She didn’t show up the way she usually does. Joanna played a lot of head games and it worked to her advantage.”