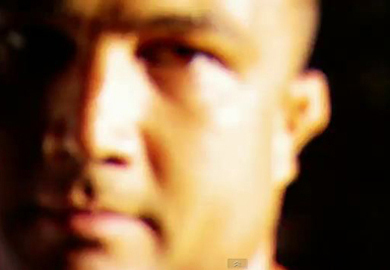 Former UFC lightweight and welterweight champion BJ Penn has traveled to Utah after the UFC insisted on enlisting the service of famed eye surgeon, Dr. Alan Crandall, to repair a damaged eye suffering from cataracts.

The Surgeon, based in Salt Lake City, is best known for his work with Boxing Champion Antonio Margarito and successfully completed the only eye repair surgery on a high profile fighter of this kind to pass through an athletic commissions test for licensure.

For Penn, this is a step in recovery that is long overdue. After attempting to solve the issue with numerous bouts of non-invasive procedures the former UFC champion decided that surgery was the only course of action to insure a proper recovery.

“I got a cataract in my left eye and I’m heading out to do see Dr. Crandall”, disclosed the former UFC Champion. “He is the guy that did Margarito’s eye and the UFC set this up for me.”

For the proud Hawaiian surgery is rarely an option but as Penn explained, this has been an ongoing issue for more than a year.

“January of last year is when I first noticed there was a problem”, said Penn. “I was looking at my iPhone and I really couldn’t tell what was going on. At first, I thought I tore my retina, so I went to my doctor and he said, ‘I can see right away what the problem is, you have a cataract’. The doctor told me it could be traumatic or it could be from this medicine I was taking called Prednisone, which is what I had been using over the previous few years for sinus infections.”

After dropping his last two performances to Nick Diaz and Rory MacDonald many have wondered if the former champion would return to action. For Penn that question has been one he’s been very hesitant to answer.

After experiencing a career in Mixed Martial Arts that has spanned the course of nearly twelve-years, has seen two world titles, and has gained global recognition as one of the best fighters in history, Penn admits that this surgery is not only a stepping stone to making a possible return to the cage but is first and foremost about regaining a good quality of life.

“The number one reason for the surgery is just for daily life,” said the future Hall-of-Famer. “I have a tough time driving at night when the lights are shining and I’d like to get that back. On the other hand, you never know what you’re going to be thinking if the surgery goes well. If I go in the gym and I’m knocking down all my sparring partners and doing awesome I would definitely think of fighting again.”

Knowing that this ailment existed nearly 11 months prior to his last bout, Penn insists that regardless of this diagnosis the outcome of his fight with MacDonald wouldn’t have changed.

“No”, said Penn when asked if his eye had any impact on his last performance. “Rory fought a great fight. That was his night”, he stated.

This type of injury is a new one for the MMA landscape. Fighters break this or tear that, but they recover and fight on. However, as previously mentioned, in all of combat sports there has only been one high-profile fighter to return from such a procedure and not only fight, but get licensed by an athletic commission to do so.

Much like Antonio Margarito, if Penn should make a full recovery and wish to return to action he will still have to prove to a governing body that he can safely compete with the repaired eye.

However, for the former two-division champion, the surgery is just the first step in getting the full functionality of his life back and he credits and thanks his longtime employer, the UFC, for giving him the opportunity to see the industry’s leading expert in cataract surgery.

“Best possible scenario is just for life”, emphasized Penn. “Even when I drive and look around, there is always this intense glare. I was actually going to do the surgery with Crandall last year but for some reason I started to treat it with acupuncture for about six months instead. The acupuncture did help out my vision, but I still have the glare and it’s not able to fix that,” he explained.

Penn continued, “I talked to the UFC and Lorenzo and those guys got Dr. Crandall and really expressed to me that they would like me to do the surgery with him. One; for the rest of my life, and two; if I ever want to fight again he is the only guy who has ever passed a commission test and he sits on the board for all cataract surgeons in the country.”

“The UFC really set me up, they are taking first class care of me”, Penn said in closing.

For a fighter who has had such a storied career Penn is used to setting the standard and breaking down barriers. And while being the first UFC fighter to get licensed after cataract surgery is probably an accolade he would have liked to pass up, it’s just another etch in stone for the former champion when he looks back at his time as a prize fighter.