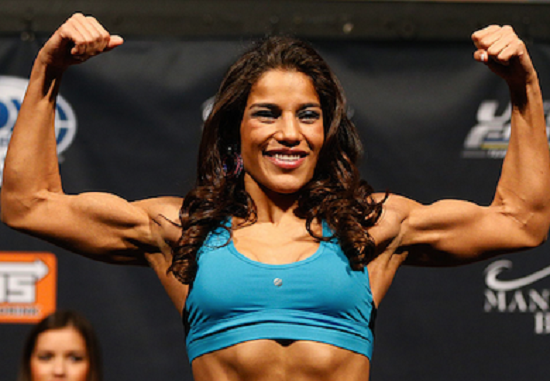 Juliana Pena hasn’t been in the Octagon since she won the TUF 18 finale in November of 2013.

Some time following the win, Pena suffered a horrific injury in training that saw the TUF winner tear her ACL, MCL, LCL, meniscus, and hamstring.

Initially it was estimated that Pena would be out of the cage for nearly 3-years, much similar to the length of Dominick Cruz’s layoff, however now her coach says almost a year later, Pena is close to being able to return to the Octagon.

“I talked to her coach, and he says she’s made an amazing recovery. If it were up to him, she could be back in January, but she’s expected to return in March. He says on a week’s notice, she can beat anyone in the division not named Ronda Rousey.”