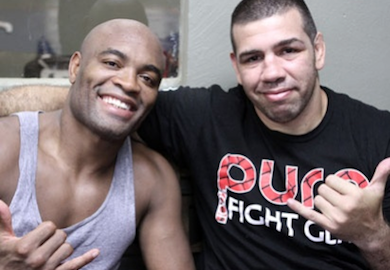 “He has everything to come back to fighting if he wants. He has a good head to handle all the pressure from the UFC through all these years. Anderson will decide that. He just broke a leg, he has a lot of things to think now. He has nothing left to prove inside the Octagon. But if he decides to fight again, we will be there to help him.”

In a recent interview with MMAFighting.com, Pedro Rizzo, one of Anderson Silva’s coaches and mentor’s, says that the former middleweight champion will be back after his injury.