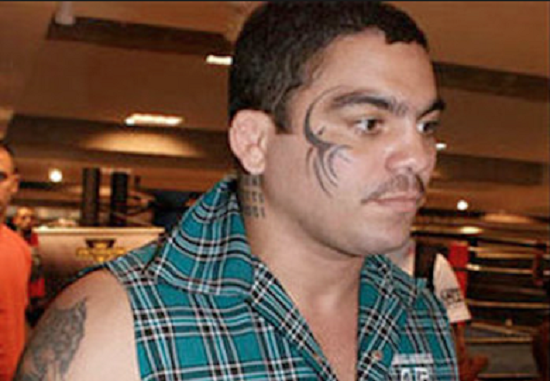 Paulo Filho was shot in Brazil last week, and was forced to undergo surgery on October 29th, five days after the incident occurred.

Filho spoke to MMAFighting to discuss the details about the incident that saw him get shot in the leg, and the surgery he will be undergoing on Thursday.

“They will insert a metal rod, just like they did with Anderson Silva, into my femur. It was an open fracture, so they kept me on antibiotics for a week before doing another surgery.”

“He shot at the floor first, and then shot at my thigh. I fell on the floor and lost a lot of blood. The bullet went a couple inches away from my femoral. If it had hit my femoral, and would have died. I had an open fracture on my femur, so you can imagine how bad it was.”

“I never saw who shot at me. If he stands right in front of me now, I wouldn’t know. I had an argument with a guy, but we never fought. I’m a professional athlete, man.”

“They say I beat up three security guards, but I don’t have a single scratch on my face. Even Fedor (Emelianenko) at his prime can’t beat three men without getting hit in the face at least once. And I’m a peaceful guy.

“When I was shot, I look at the wound, at all that mess, and tried to stay calm. I tried to look at who shot at me, but the security crew took his gun and got him out of there. I just heard ‘are you crazy? Are you crazy?’ and he was gone.”

Filho’s mother also spoke to MMAFighting about the possibility that it was a police officer who shot Filho, possibly on accident.

“I heard he’s a cop, but our lawyers are still checking that. I hope my son can recover and be back to what he was, or I’m coming after that man. He destroyed my son’s life.”

Filho, who has had a rocky run recently in the cage, will have a long road to recovery before he considers fighting again.

“He put my career on jeopardy. I already had my issues, and it’s even harder now. I was still trying to get back, and it’s over now. It’s harder to get back now. I’m getting older.

“I’m a little confused. I have to get out of this situation first. I was depressed for 30 days, getting treatment at home, and this happened on the first day that I left home. I will use this time to continue my treatment.

“I can’t say I’m coming back (to fight) or not. I’ll think about it when this nightmare is over.”