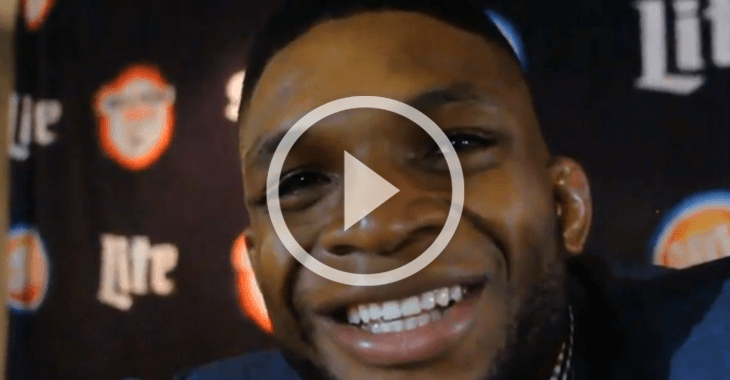 Bellator welterweight Paul Daley will compete at this Saturday’s ‘Dynamite’ event, but it won’t be in an MMA fight.

‘Samtex’ will take on Fernando Gonzalez in a kickboxing match, which is possible due to the unique setup of the historic event. ‘Dynamite’ will hold both MMA and kickboxing bouts throughout the night, with a cage and a ring right next to each other.

Daley spoke with BJPENN.COM’s Layzie The Savage ahead of his fight and talked about his weight cut, the controversial IV ban and the ‘Notorious’ Conor McGregor.

Daley revealed that his weight cut is going very well, unlike past fights and although he doesn’t feel great, he’s still smiling.

The fighter also gave his thoughts on the IV ban, a hot topic in the MMA world, and said although he never used one he knows it’s going to be difficult on a lot of fighters. He also mentioned the health risks involved, saying they might want to rethink possibly sending a fighter into a fight who isn’t properly hydrated. Daley was asked about Conor McGregor and he had nothing but nice things to say about the Irish fighter, saying that when he met him he was nothing but respectful. He did say that it’s clear McGregor learned from fighters like Muhammad Ali and even the Diaz brothers.