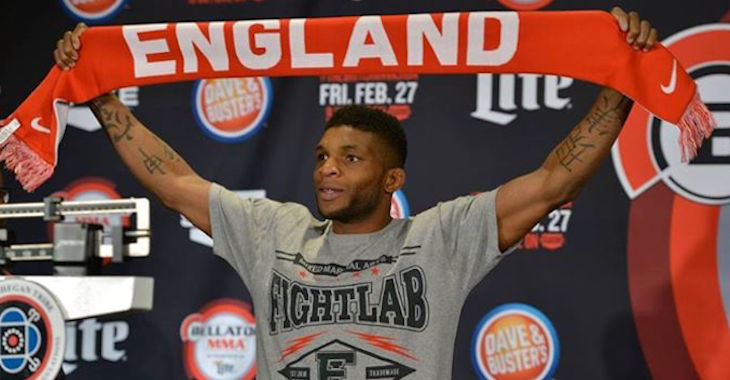 Bellator MMA welterweight Paul Daley fought in the GLORY kickboxing ring this past Saturday at ‘Dynamite.’

He took on Fernando Gomez, who put up a tough fight but ultimately lost to Daley via unanimous decision. Daley is already in line for a shot at Bellator’s welterweight title but recently said he’d be more than willing to challenge for the GLORY belt as well, if the promotions let him.

Some talk between Daley and GLORY kickboxing welterweight champ Nieky Holzken has sparked some interest in seeing the two face off and if Daley had his way, he’d definitely fight Holzken. However, he says that it all depends on the relationship between the two promotions.

Here’s what he told BloodyElbow:

“I’ve always thought I have a good chance against Holzken because he’s there to be hit most of the time. Obviously he is the best in the world at the weight, but he likes to fight. This would be an advantage to me.”

“[For now] I will be resting for a few weeks then getting ready for a return to MMA, maybe late this year or early next.”