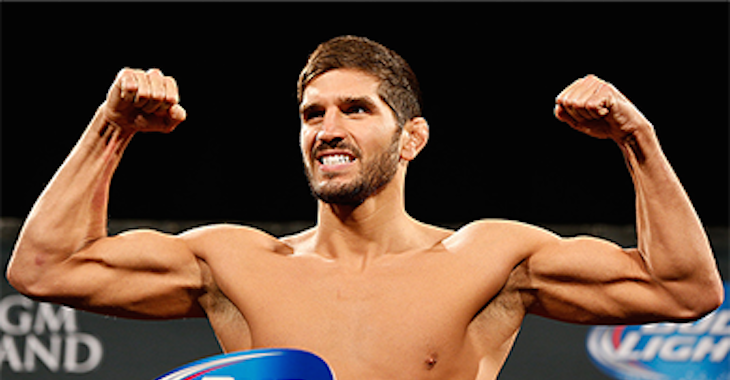 UFC welterweight Patrick Cote is gearing up for his bout with another vet, Joe Riggs, at UFC 186.

The Canadian fighter spoke with BloodyElbow about his upcoming fight and about his eventual retirement from the sport. Check out some of what he had to say.

“I have a lot of things going on outside of the cage. I have two businesses and I’m working a lot in television on French TV here in Montreal, but when I’m in training camp, I do this 100 per cent. It takes time and I had time now.”

“As long as I’m able to compete at this level and it’s not dangerous for my health, I’ll fight. I want to see my kids grown up. I want to be able to play with them. I’ve never been knocked out in my life; I’ve never been rocked. I’m looking forward to finishing my career like that. Maybe one day I’ll wake up and I’ll think I don’t want to receive punches anymore in my face.”