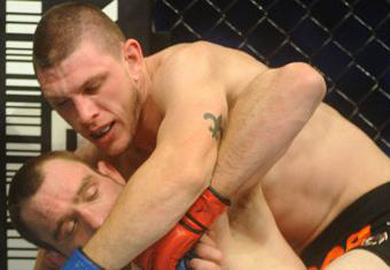 If last weekend’s Strikeforce event was indeed a try out for the UFC, Pat Healy’s opponent, Kurt Holobaugh passed with flying colors.

The featherweight competitor took the fight against Healy on just two-weeks notice in a division contested above his natural fighting weight and remained competitive for the majority of the match.

His manager took to MMAWeekly.com to announce thew news.

“I am very happy for Kurt and appreciative of the support and faith that Sean Shelby and the UFC have shown Kurt. I’m excited for Kurt to have the opportunity to showcase his skill and tenacity at his true weight class of 145 pounds and with the benefit of a full camp.”