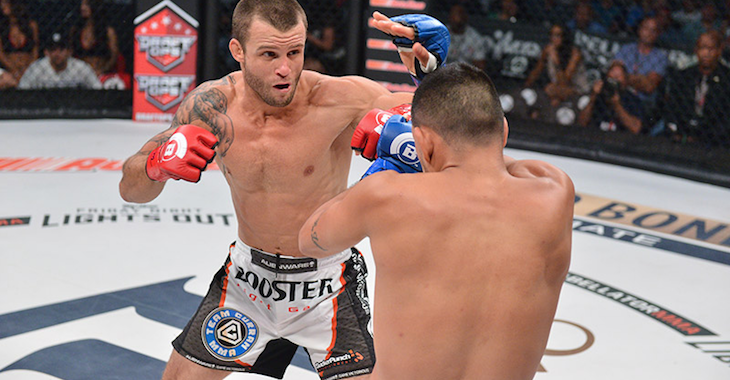 Bellator 145: Vengeance just landed another major fight, with the addition of former champion Pat Curran, who will be taking on Justin Lawrence.

The event it shaping up to be a massive one, with two title fights in the main and co-mian events. The featherweight title will be on the line in the night’s headlining fight, when champ Patricio ‘Pitbull’ takes on Daniel Straus and the lightweight belt will be up for grabs when champ Will “Ill Will” Brooks meets Marcin Held.

Also on the card will be Michael Chandler and Bobby Lashley.

Via a press release from Bellator:

The contest will take place during the main card of “Bellator 145: ‘Vengeance,” which airs live on Spike at 9 p.m. ET/8 p.m. CT, while preliminary bouts will stream on Spike.com at 7 p.m. ET.

Top billing at the November 6 event features two world title bouts. Patricio “Pitbull” Freire (24-2) defends his strap against Daniel Straus (23-6) and Will “Ill Will” Brooks (16-1) meets submission specialist Marcin Held (21-3) with the 155-pound belt on the line. “Bellator 145: Vengeance” on Spike will also feature Michael Chandler (13-3) and heavyweight Bobby “The Dominator” Lashley (13-2) competing inside the Bellator MMA cage. Opponents for both fighters will be announced in the coming weeks.